Center of the New World Trade

GlobBiz Avenue, consisted on Three phases, phases I and II are on the seafront while phase IV is located on Balochistan Broadway. Apart from the Tourists Resorts on the beach area GlobBiz Avenue possesses a vast commercial area which consisted on high-rise commercial zone on Balochistan Broadway, Main Boulevard and Marine Drive, and low-rise commercial zone for Mini Markets, Sector Markets and Civic Centers etc.
GlobBiz Avenue phase IV has the honour to possess the most sought-after and precious commercial area on 40 km. long Balochistan Broadway which is far more than the commercial area of many other societies on this road. Considering the central position of Phase IV on the Balochistan Broadway this will be the main hub of international trade of Gwadar and most lucrative place for the offices, showrooms and warehouses of national and multinational commercial and business concerns, corporations, banks, five star hotels and multinational food chains and mega grocery stores. While on its south border on the sea side GlobBiz Avenue also holds a large sea-breeze area just in the center of Main Boulevard and Marine Drive roads alongside the Master Plan of Gwadar City. This lovely and most attractive area of West Bay of Gwadar where land meets the waters of Arabian Sea is one of the most beautiful and fascinating beaches of the world that will attract beach lovers and tourists from allover the world, the commercial area on these two roads multiplied by commercial and recreational prospects will become more precious and most desired place for Mega Business Corporates, Multinational Trading Companies, Banks, Five Star Hotels, Restaurants, Rest Houses, International Food Chains, Coffee Shops, and other kinds of Recreational activities.

Just in the heart of Master Plan GlobBiz Avenue occupies the most precious residential, commercial and recreational land stretching over three main roads of Gwadar City, naming Marine Drive, Padi Zer Boulevard and Balochistan Broadway on the Gwadar West Bay.
Balochistan Broad way runs just in the middle of the city connecting Industrial Area with Residential Area, and owns very high commercial value. GlobBiz Avenue Phase IV lies on this high valued road, with its highly precious vast commercial area, in the center of Residential Area on the Master Plan. While two other main roads of Gwadar, Padi Zer Boulevard and Marine Drive, running on the south border of GlobBiz Avenue, have the width of 300 feet each and are parallel with West Bay Sea line, which will be most precious and beautiful Commercial Zone of Gwadar City. The sea beach on this side, with crystal clear blue and warm water of Arabian Sea stretching to the point where it blends with sky, is the most beautiful coastal area of Gwadar. After completion of all the needful work this will be counted in the most attractive and lovely world-class beaches, which will attract the tourists and beach lover from all over the world , and will generate the vast opportunities for commercial and recreational activities. 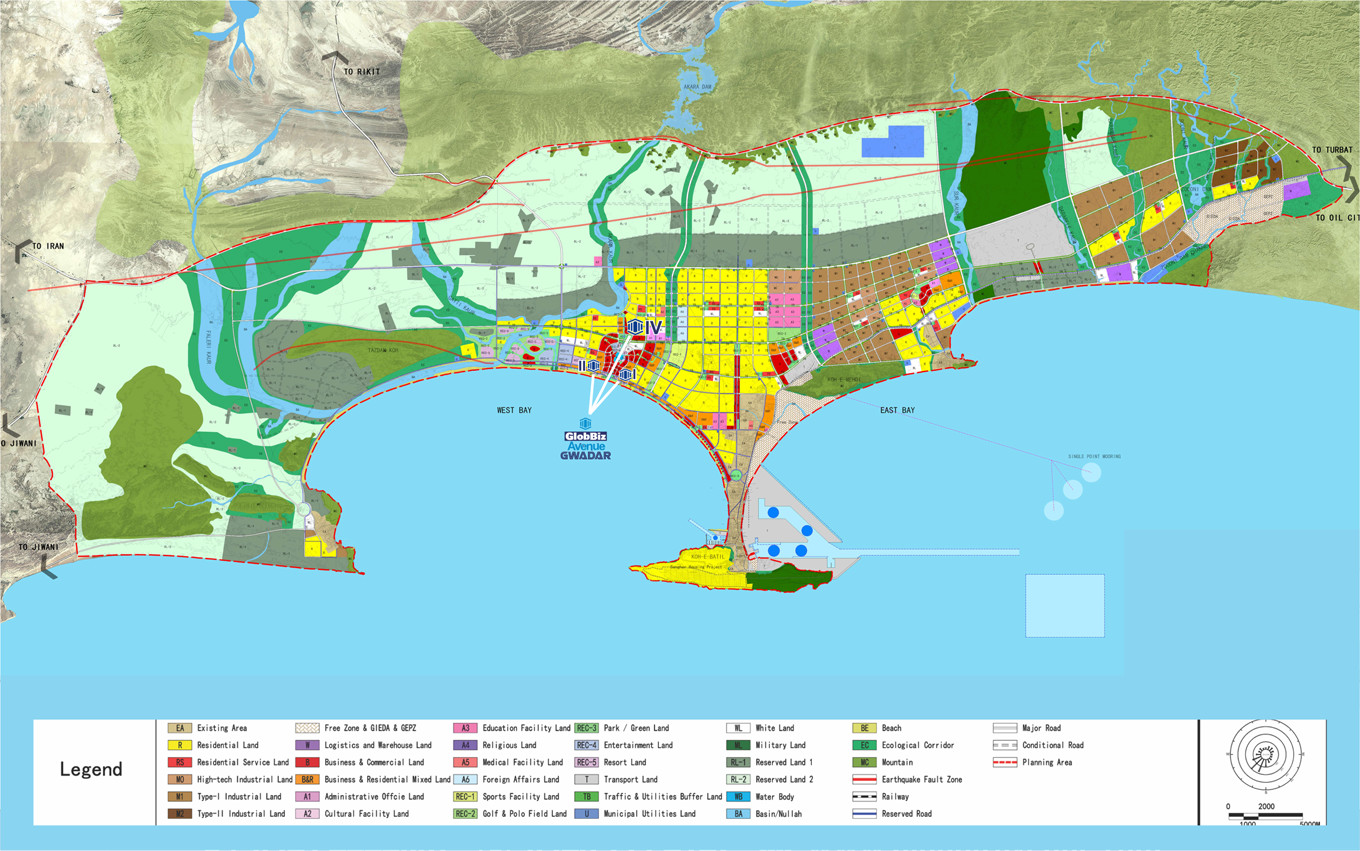 GlobBiz Avenue is a mega project of Gwadar Builders & Associates, which is a fellow organization of GBA group.
GBA is a Pakistan based multidimensional group consisted on highly prestigious and world fame companies, which holds strong footings in the domain of business and industry and has earned a prestigious and respectable position not only in the national business circle but also at international level. GBA is always keen to locate new horizons and innovative means to cater its clients with the best in the arenas.
Gwadar Builders & Associates, a sister organization of GBA and builders of GlobBiz Avenue, consisted on a team of highly skilled professionals in fields of town planning, architecture, construction engineering and horticulture, working with close collaboration to achieve the state-of-the-art perfection in all the aspects of town planning. Gwadar Builders & Associates has always done their best to make sure that their clients should have a gainful return of their money invested. It is an open proof of its devotion to work and loyalty to its customers that GlobBiz Avenue has become a symbol of success and achievements in a very short time and being considered as an icon for the development of residential and commercial area of Gwadar City. Gwadar Builders & Associates has taken special considerations for the developments of sea-breeze area of GlobBiz Avenue, which already possesses unrivaled natural beauty, and using its architectural and imaginative genius and state-of-the-art technology Gwadar Builders & Associates are planning to craft elegant and captivating Beach Resorts that will attract the beach lovers and tourists from all over the world, and in the result sea-front of GlobBiz Avenue will turn to be a multinational cultural hub of the area, over pouring with variety of opportunities.